Slide Show on “Ghosts of Ukuthula” 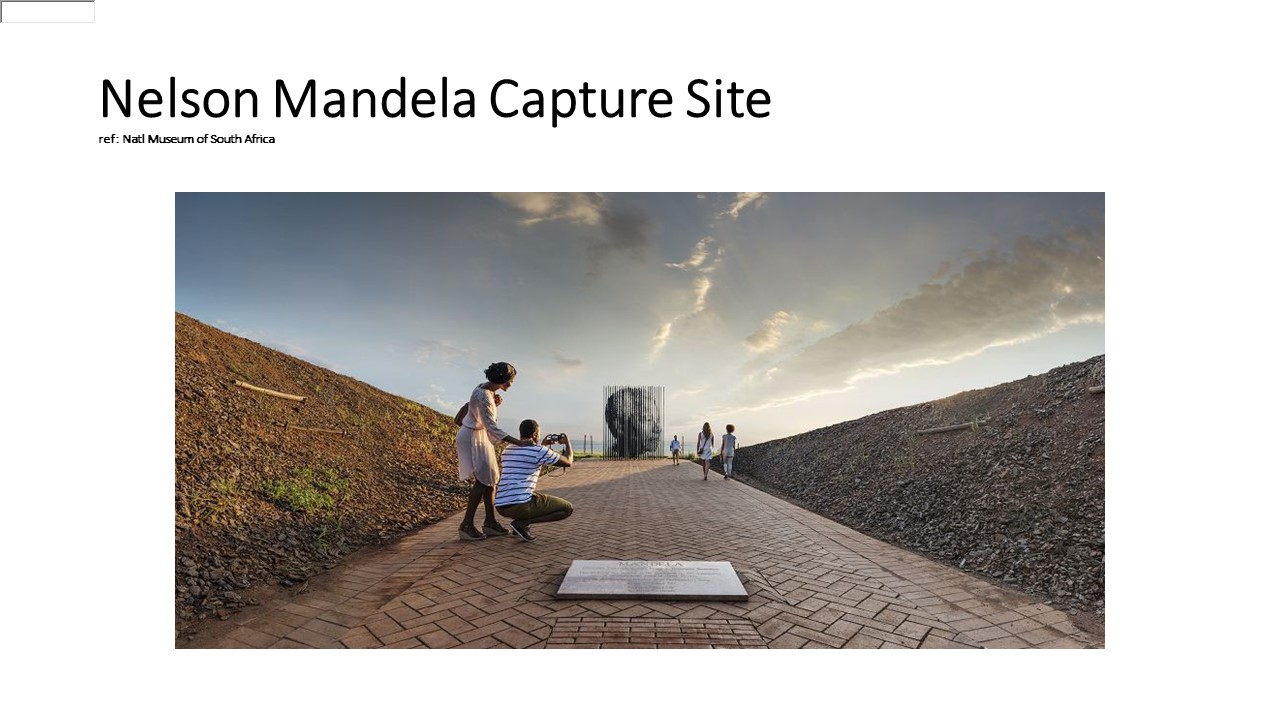 Here’s a set of 14 slides from one of my book talks that will help you understand the characterization and background of “The Ghosts of Ukuthula.”  Enjoy!

1. The Cover showing the fading Old Apartheid Government Elephant and behind it ar two powers: right wing apartheid hard liners and soviet infiltrators who are hoping to take control in the country. In the foreground is the Black African Logo and new flag of unity with black African rule. 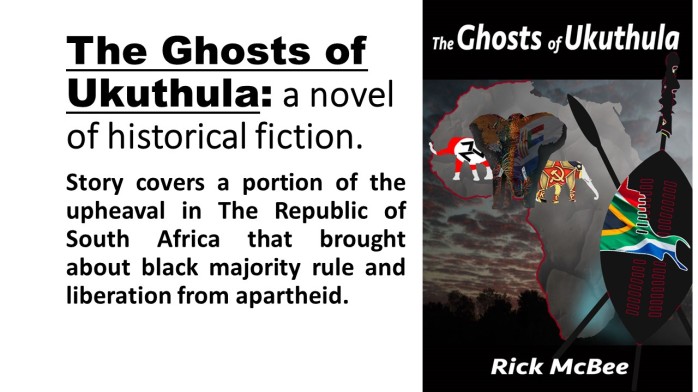 2. The section of African that the book covers showing original dates of independence as colonies, not black African rule for Zimbabwe, South Africa and Namibia. 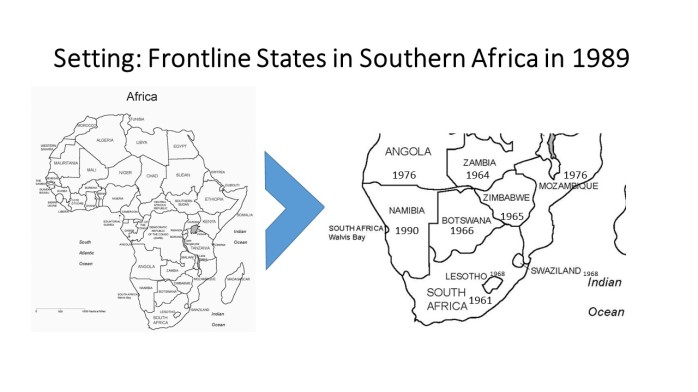 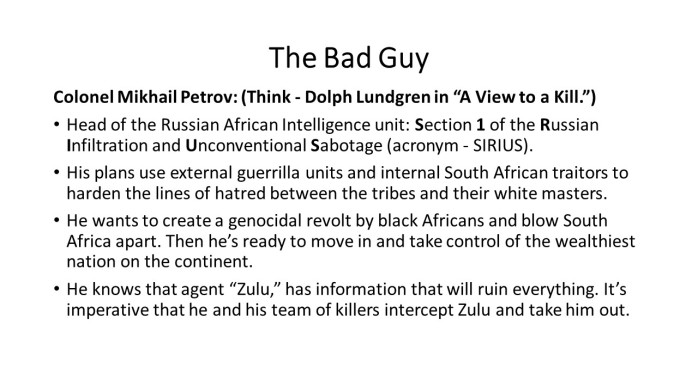 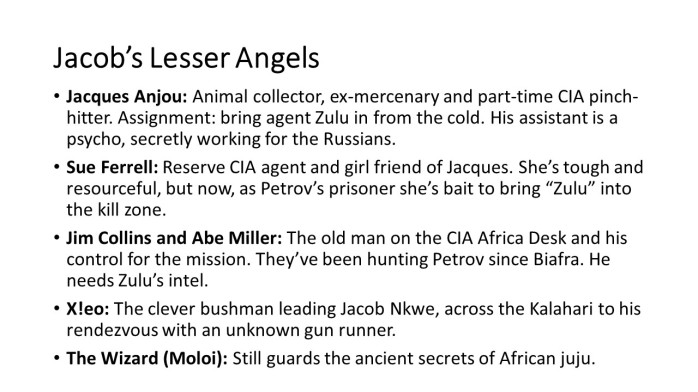 6.  Opps, still got as few baddies up our sleeves, like reallll baddies!>(( 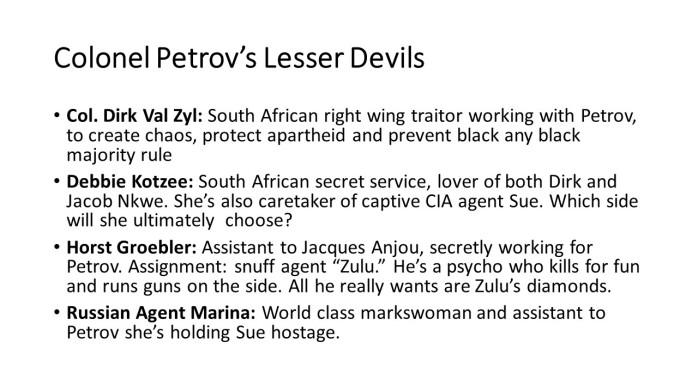 7. This will help you visualize the whole geography of the plot. 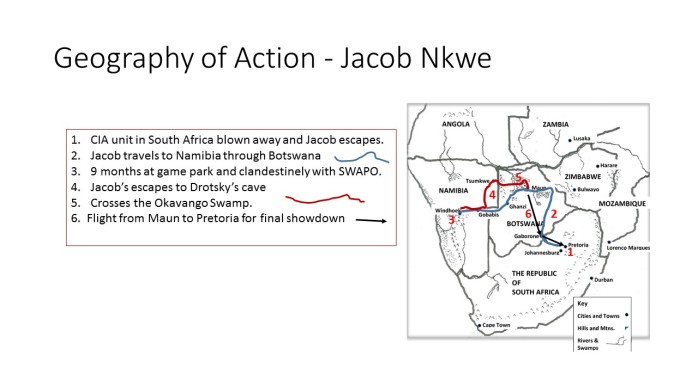 8. As will this little bit of geography 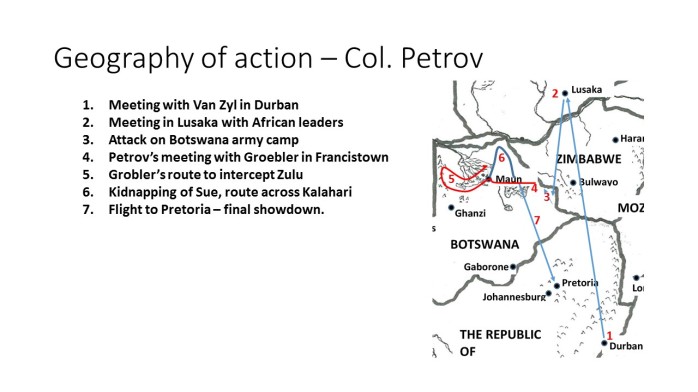 9. Even though the USA poo-pooed the idea of Russian involvement as a third force in the South African Border War, just ask the Russians! 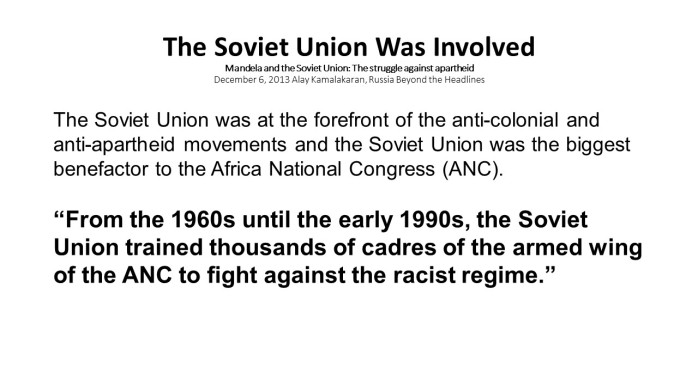 10. This gives you a visual to understand the complexity of the South African border war. 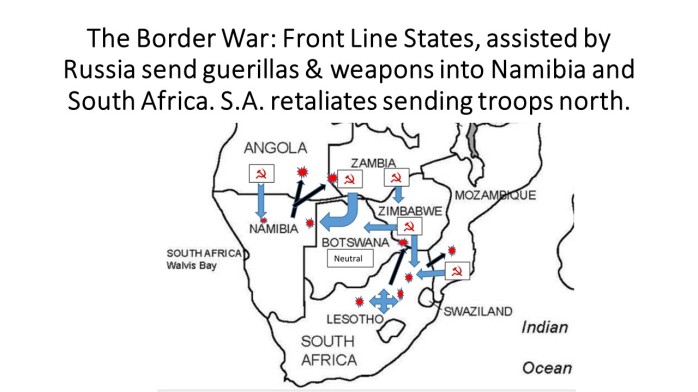 11.  Here’s a great reference if you want the inside poop on Russian involvement. 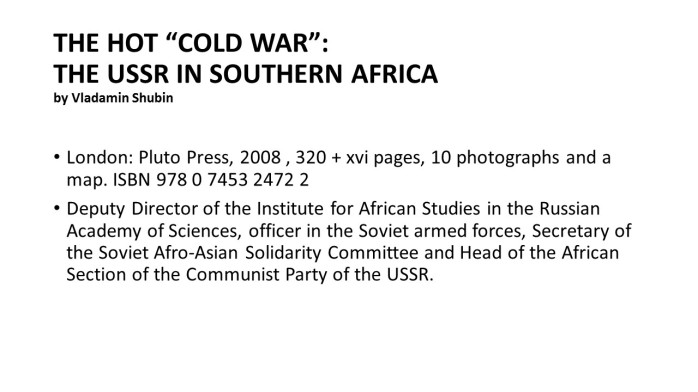 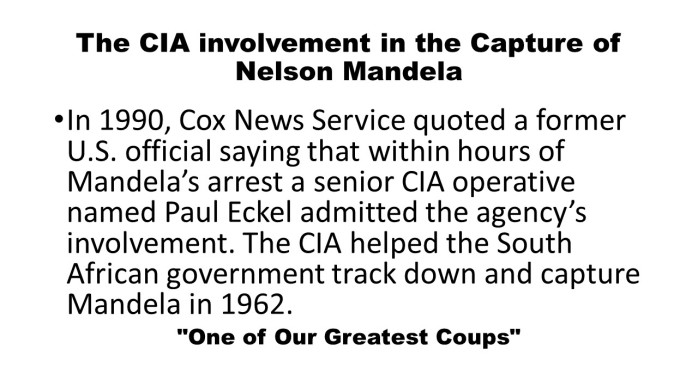 13.  And here’s the suspension of hostilities after almost 50 years of protest and then guerilla warfare which leads up to the novel. 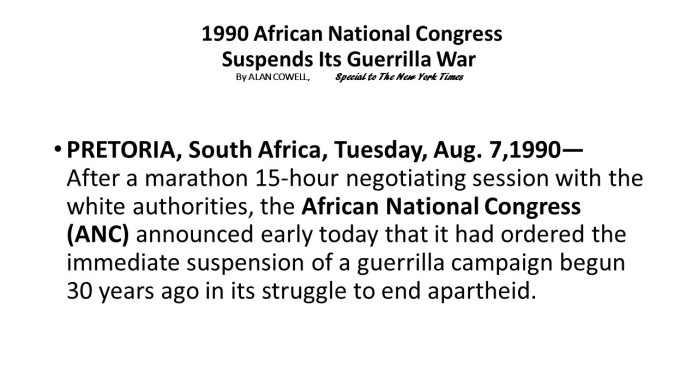 14. Today if you visit South Africa you can travel north to the site where the Nelson Mandela was captured in 1960. 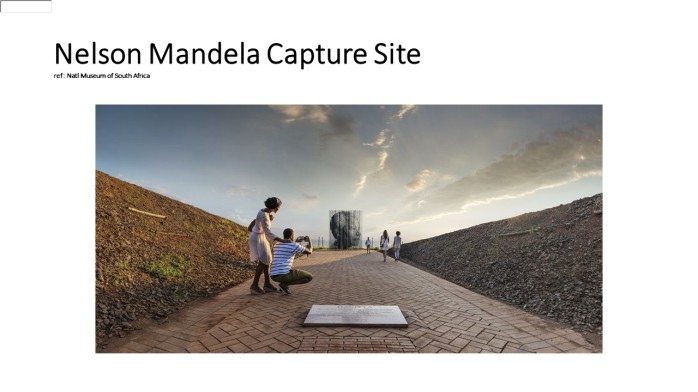 Hope you enjoyed the slides. I think I’m getting the hang of some of this stuff.