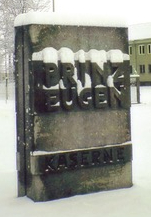 When you got posted to a detachment in Germany during the Cold War, the odds were that you were going to end up at a post that would have you playing constant war games in the snow or mud and rain off of one of the big bases near Frankfurt, Munich, Ulm or Stuttgart.

Occasionally, though, there were those assignments that came open at some little detachments scattered around the countryside there the duty was pretty much 8 – 5 for even the Infantry grunts and soldiers who were married and Sp.- 4 or higher in rank could live in the local villages in apartments on the German economy. The occasional alerts interrupted the calm routine as Americans and other NATO soldiers responded to the movements of Russian troops. Then we moved out in trucks with our personnel and cooking staff and made ready to hunker down in selected sites and prepared to launch the missles or coordinate battle movements depending on the mission of each unit.

Gunzburg, Germany (technically, Gunzburg ab de Donau) was one of those special places where both EM and Officers wished for longer tours of duty in Germany as the levies for Vietnam came down routinely through our personnel offices. The pictures here, sent to me by Lupe Ybarra who was also stationed here and in Pfullendorf, show a bit of what it was like. 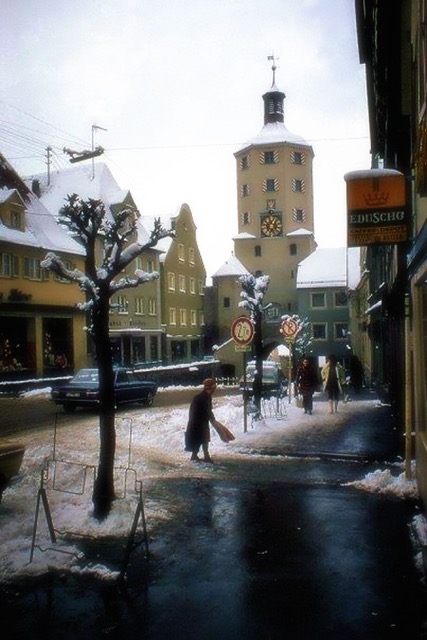 The center of Gunzburg with shops and gasthauses where some of us had our apartments.

Sp – 4 Ybarra walking through Gunzburg on a day off. Hard to tell the Americans from the locals!

Entrance to Prinz Eugen Kaserne which was a German Basic Training Unit with big barracks of trainees and with the few Americans in another part of the base. 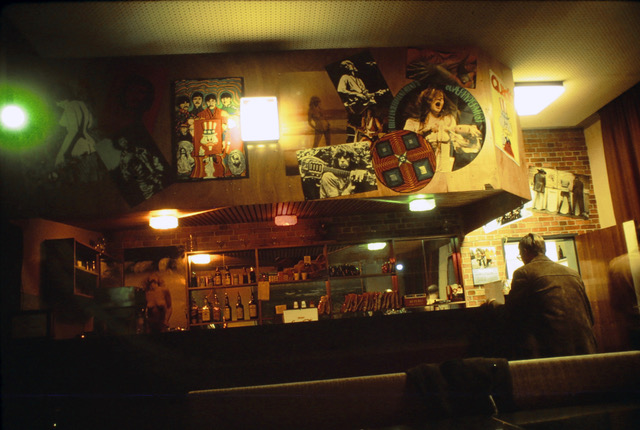 Inside of the American EM bar and game room. 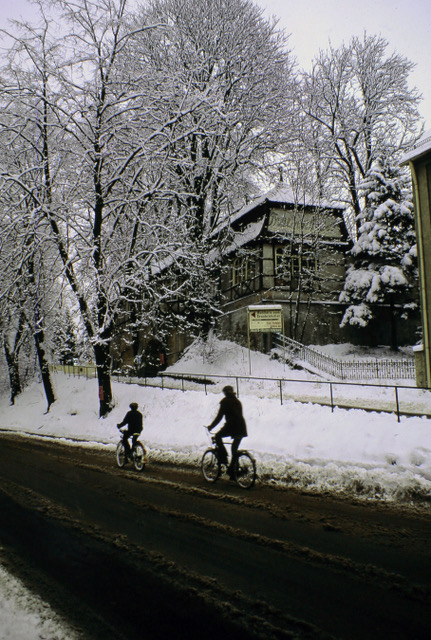 If memory serves me right, this is the Traubenkeller which had a dance floor and was great for EM parties and getting to know the local folks on weekend time off the base.

In most cases our alerts were called off within hours and we all returned to base camp and our regular jobs held by all the members within HHD 512th Artillery Group and the 510th Artillery Company. We and the other small units of several hundred men scattered throughout Germany, awaiting the next nervous twitch of the sleeping Bear only a few hundred miles away behind the Iron Curtain.

Thanks and a tip of the hat to Lupe Ybarra for his pictures and remembrances of 50 years in the past.